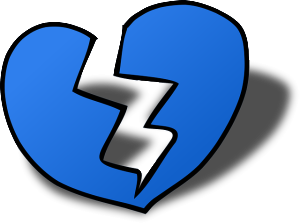 Is this you? Three months into a relationship and she broke up with you out of the blue?

This kind of ending is tough and pretty common.

You thought things were great.
You don’t understand what the heck happened.

You’d made plans with each other to travel, for the holidays, to do a project on your house together. You’d talked about the future.

You thought everything was rosy.

Then she broke up with you…

If you’re lucky, she sat you down and told you exactly what was going wrong for her. What wasn’t working or the doubts that she had. If you were lucky, she was kind and thoughtful about the conversation.

But even if she was kind and told you why she was not going to be seeing you anymore, you’re confused and hurt.

How did you miss it?…

Well it’s easy to miss it. Here’s why…

Most dating relationships don’t even make it to the 3-month mark. It’s over after 1, 2, 3 or a few more dates. A few make it beyond the first few dates to about the 3 month mark, fewer make it to 6 months, then 1 year and beyond.

You thought things were going so well right?

Things were going well in certain ways. You were having great sex and laughing.

You finally felt like you had a real companion in life and you could see things becoming a permanent relationship. Your single lonely days were finally over!

That image was so real for you that you were living it in your head pretty early into the relationship; maybe after just 1 or 2 dates.

Was she thinking and feeling the same way? Obviously, she had some different things going on in her head and heart. Did she lie to you? I don’t know, I wasn’t there.

When a woman tells me she’s been dumped after a few months and it seemed to come out of the blue, I’m curious about what clues she was missing.

Where you missing some break-up clues?

Were you so head over heels that you didn’t notice what she wasn’t saying? You so convinced yourself that this was it that you weren’t paying attention to the little tell tale signs that your girlfriend didn’t feel exactly the same way.

Or perhaps she was someone who like you, moved too fast. Jumped the gun with promises and actions that her insides weren’t really ready to guarantee.

I’ve been there. It hurts. It’s hard.

The first woman I fell in love with dumped me after 4 months. She told me I was the first person she’d ever truly loved and she wanted to spend her life with me and then within a couple of weeks, she told me she never loved me. WTF?

Yes, just like that or so it seemed. I was crushed.

But looking back, we both moved much too fast. She was definitely smitten with me but confused in herself about what she wanted. She would want to make plans to go on vacation just a couple weeks into dating but I wasn’t ready to do that and so glad I didn’t buy any plane tickets with her.

The one little camping experience we planned together ended up happening right as she broke up with me. UGH! What a mess that became. And her kids and my daughter were of course dragged into the mess. That was so very sad.

From my side, I know I was overly emotional about everything. She was my 2nd girlfriend after coming out late in life but I’d put the weight of my whole existence on her. That is NOT FAIR to anyone.

She was single in some fashion but still overly connected to her ex, who she would occasionally have sex with before we started dating and who would come over to fix things in the house and play with her kids. Her ex had a wood working shop set up in the basement and my true love would tell me I’d just have to get used to it.

I was silly, foolish and so hungry for love and connection with a woman that I didn’t protest or even take a step back to say to myself… hmmm now Mary is this woman really fully available to commit?

I didn’t know a thing about dating or lesbian culture. I’d been married to a guy most of my adult life. That’s my story – I was ignorant of what I was seeing and hearing. I didn’t realize what things meant or I just plain ignored the very big red flags that were flying all over the place. I felt my commitment and love for her would be enough to make everything work.

I was so so so wrong! What about you?

Now in my most recent crush there were a few things that could have been taken the wrong way and would be by many women.

I wrote about this last week and to add to that story, this amazingly smart and cute butch met me for the best date ever and we made plans to meet again. She then proceeded to tell me a couple of “things” I should know now so I wouldn’t be upset or disappointed in the future.

One was that she was just out of a relationship. Red flag. It didn’t mean I couldn’t enjoy a few dates with her but it did mean she wasn’t ready for a new relationship.

Another “thing” she told me was that she often left out words when texting so don’t be upset if a text from her seemed odd. Just ask. Ok, so the older and wiser Mary thought, hmmmm…. That’s an odd thing to say to me and its very defensive from the start. As if she knows she’s going to be a disappointment in some way so she’ll set up her defense now. And obviously this has been a point of arguments in her past relationships. Another red flag at the start.

Now my crush didn’t break up with me because we were never a couple. We simply went on a couple of dates but feelings can show up really fast. Especially if you’ve been in a long drought when it comes to love and connection.

But no, she broke up with me out of the blue!

You believed your own lies. Why do we do that?

And those love drugs that our bodies manufacture aren’t actually our friends when it comes to something like this.

Did she lie to you?

It’s completely possible she did. But she was also lying to herself. She kept thinking the feeling of love would show up or that with you she’d finally stop missing her ex. Or perhaps, that you’d be enough to extinguish the loneliness in her life.

It’s the rare person who doesn’t lie to herself in some way. We are all doing it somewhere in our lives. And we can really take this to an extreme in love relationships.

Did you go to fast?

Here’s the biggest mistake you make – you go to fast. You jump into bed, then you jump into each other’s lives in big ways too fast. Instead of saying let’s take our time to get to know each other and decide if we want to weave our lives together over time.

The first 3 months of a relationship can be loads of fun and also are full of questions as you feel yourself wanting more and more from the woman you are seeing.

But if you’re not armed with the right questions, the right information about yourself and a commitment to holding your ground to go slowly you’ll be in over your head in a moment.

One kiss can do it; start the fantasy train rolling down the track to happily married… when you don’t even know her home address.

You’ve got to turn it around…

Not the relationship but the story in your head about it.

Take time to grieve. A few good cries can be a great release. Now go back and reconstruct your life. YOUR life. Your own beautiful, amazing, divine and magical life. You are still whole and complete and always have been.

Yes, it takes time to heal. So take that time and then don’t hide your heart away.

And trust that if she walked away, she’s not the one for you.

Have you got a story like this? Would you share in the comment section below? Your story can help another woman find her way through heartbreak too…

Tagged as: gay girl dating, lesbian dating, she broke up with me