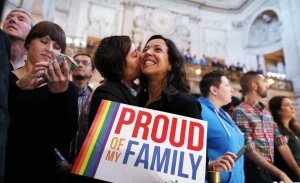 It’s June, it’s Pride Month and you can thank a bisexual woman, Brenda Howard, for coming up with the idea. Pride ~ It’s when we remember and celebrate the Stonewall Riots and the start of the Gay Rights movement in 1969 that has grown into the fight for LGBTQ rights across our nation. The first […]

Dear Introverted Single Lesbian, I know it’s hard to get out there and connect with lesbians all the time but there is hope. It’s called lesbian dating sites plus add in new dating skills to get you out there and dating. In the midst of traveling the country with The Gay Girl Love Tour, I’m […]

Is this you? Three months into a relationship and she broke up with you out of the blue? This kind of ending is tough and pretty common. You thought things were great. You don’t understand what the heck happened. You’d made plans with each other to travel, for the holidays, to do a project on your […]

The best Mexican escorts in Tijuana

It’s not the first year that prostitution has been legal in Mexico. Nevertheless, the official status doesn't permit the prostitutes to lure their clients offering sex right in the streets. For this reason many girlies join together in small bordellos or get employed in establishments with a wide range of services. One can find a prostitute in Tijuana in the following places […]

As a dating coach, I spend a lot of time talking to single lesbians about using lesbian online dating sites as one important way to meet women. Here is one big reason why you should be doing online dating… Statistics tell us that straight couples using internet dating take only 18 months to get to […]

Your Lesbian Summer Crush – Did It Work Out?

Did a summer crush sneak up on you? A woman who came out of nowhere and surprised you. Maybe you met at some great lesbian summer festival, a dance, on a cruise or in a meetup group. You weren’t looking for her and she wasn’t looking for you but shazam! Your heart got hooked cause […]

It’s been a good long while since you saw an update here on the blog. So I’d like to share some about my life, love and dating experiences as of late. This is me, being vulnerable. And this is a picture of my parents on their wedding day. A beautiful couple indeed who struggled for over […]

Regrets, I’ve had a few. Now get determined to have even fewer! Life is rolling by faster and faster and it’s easy to miss what’s important in life, love and living. So today I’m challenging you to step up and eliminate regret!  Gay Girl Toolbox Challenge: 5 Things Not To Regret! There are 5 things […]